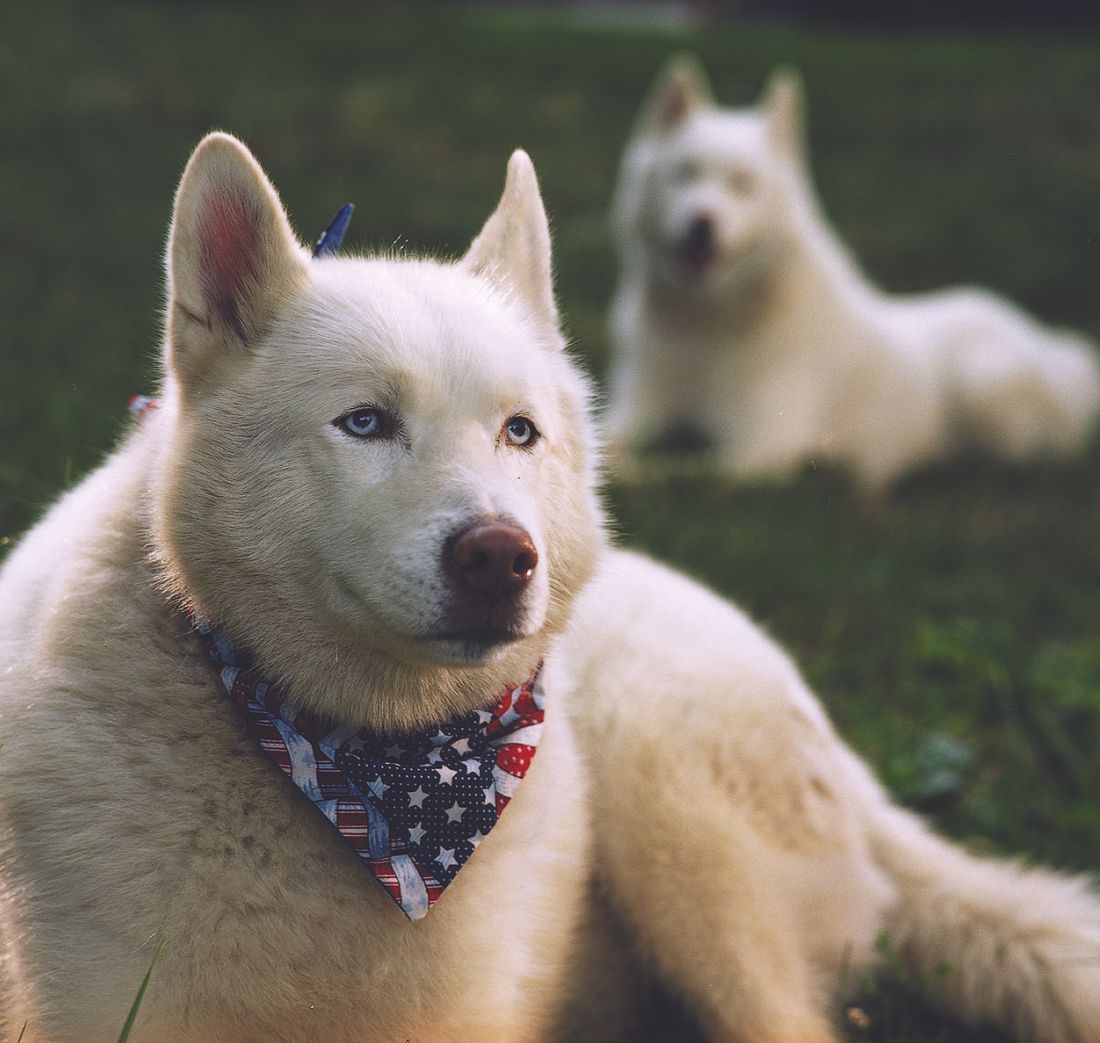 Czar Bear was white in color with steel blue eyes and a stoic look that most would consider scary. He was my first Husky and as I like to say taught me everything I know about huskies :-) He definitely perfectly defined what an alpha dog is as I was a newbie and gave into his every whim and that’s how he gained that alpha status. He was a large husky and before I knew about proper feeding techniques and exercise he got over 90 pounds. His optimal weight was around 70 pounds. I struggled with him because of my limited knowledge at the time about the Husky Breed but I was up for the challenge and after proper guidance and better understanding he became a best boy. Especially was important when I learned to let him purge his power using a bicycle. The funniest thing Czar would do is maul me when he wanted some attention or was hungry for his dinner. Czar 1995 - 2010.

WooFDriver · How Czar Got It All Started 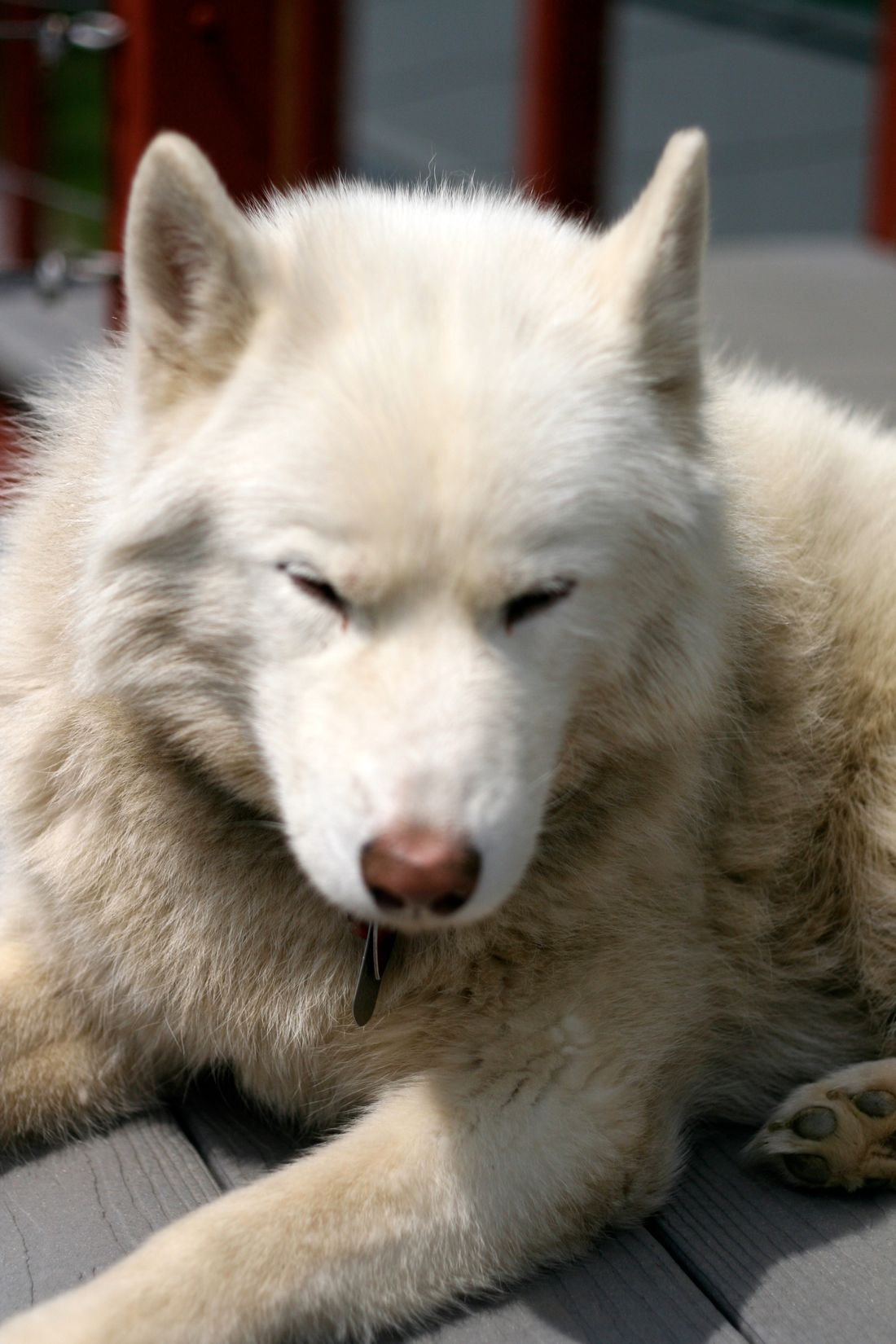 Hudson was my second husky also white in color but he had brown eyes and a baby face.  I got him as a companion for my Czar Bear because I felt Czar could use some dog companionship as well as I had figured out to control Czar's energy level because I had been biking with him as that was the start of the WooFDriver era. As I said my first husky Czar taught me everything I know about huskies, but here’s the second part to that. You see again, because of limited knowledge I thought you could just put two dogs together and they would get along, that was probably one of my worst judgment calls ever. Not that it ended bad but it was a long road to understanding the pecking order of a dog pack especially dealing with two males. Luckily again with proper guidance, learning and training Czar and Hudson became the best of friends and perfectly trained even off leash they were perfect. At this point my true love for the husky breed had risen. The funniest thing Hudson would Is act all innocent (of course especially with his baby face) when he would commit some mischievous behavior! That was another nick name for him the mischievous one. Hudson 1996 -2009. 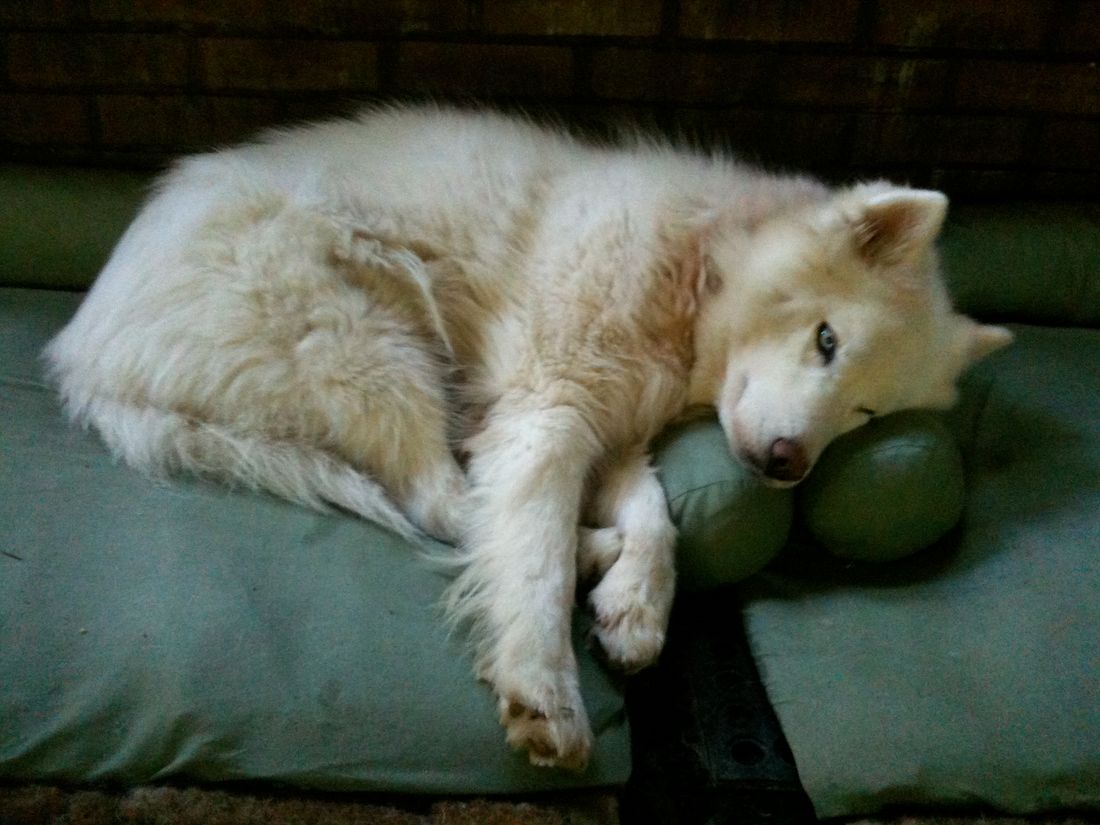